It was with great enthusiasm and commitment as a team that Sally Nicholes (Managing Partner), Nadine Udorovic (Partner) and Claire Walczak (Associate) attended the 7th World Congress on Family Law and International Children’s Rights from 5 to 7 June 2017 in Dublin, Ireland (” the World Congress”).

Sally, Nadine and Claire are members of our international specialist group which dedicates itself to keeping abreast of international family law matters.  (http://nicholeslaw.com.au/app/uploads/2017/05/Introducing-our-International-Family-Law-Specialist-Group.pdf).

Sally has been a Board member of the World Congress since 2004 and Deputy Chair for the last 3 Congresses. (http://www.worldcongress.co/staff/sally-nicholes/)

The Nicholes Family Lawyers team were accompanied by Sally’s EA, Kay Beshara and her Husband Colin, who volunteered and worked tirelessly during the World Congress to assist speakers and the conference organisers.

Claire and Nadine presented a poster on forced marriage (https://www.liv.asn.au/Staying-Informed/LIJ/LIJ/June-2017/Does-it-really-happen-in-Australia-) to delegates including Justice Emile Kruzick of the Canadian Superior Court, pictured here with Sally and Nadine and Claire in front of their poster. 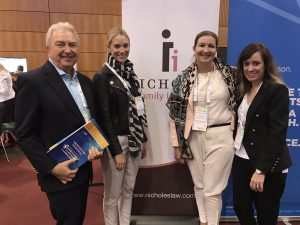 The poster was well received and highlighted the need to address this issue not only in Australia but across the globe by creating awareness through education of young people, especially women.

There were a number of highly dynamic and informative presentations held throughout the congress by Judges of various nations, prominent academics, legal and medical practitioners, and law enforcement officers from around the globe focusing on the following themes:

On Sunday 4 June 2017, Sally Nicholes had the unexpected privilege of officially opened the World Congress on Family Law and International Children’s Rights and moderated the first panel session. 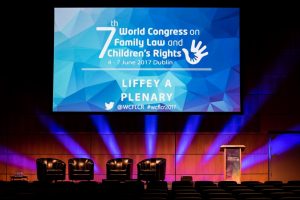 The first speaker was Commander Lesa Gale of the Australian Federal Police who spoke powerfully about the global realities of child exploitation and the need of a unified and global response to child protection. The Australian statistics surrounding online child exploitation are frightening as there is an ever increasing number of children being exploited online and around the world. 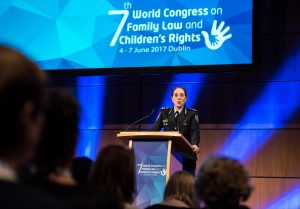 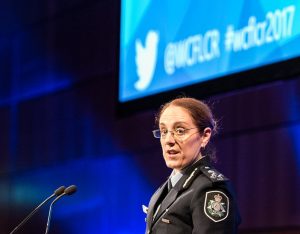 The second speaker was Fiona McCormack of Domestic Violence Victoria (http://dvvic.org.au/). Fiona revealed the impact of the media in changing perceptions regarding violence towards children and women and a model that promotes engaging meaningfully with the media to attempt to achieve systemic change in shifting community attitudes towards family violence.  Fiona challenged those present to consider implementing an awards system that can be adopted as a model worldwide to provide an incentive to the media to recognise the impact the press has on combatting family violence.

The third speaker was Lesley Podesta who is the CEO of the Alannah and Madeleine Foundation. Lesley highlighted the dangers that the internet can pose to children and addressed the question “has the growth of social media spelt the death of childhood”. Lesley offered a unique model to educate children through schools called ‘eSmart’ which provides an educational solution to cyber safety and bullying which is now rolled out in over 2000 Australian schools and could be adopted Worldwide (https://www.amf.org.au/what-we-do/esmart/). Lesley was proud to announce that eSmart had extended its influence to public libraries in Australia and that the largest employer of young people in Australia, McDonalds had become eSmart. 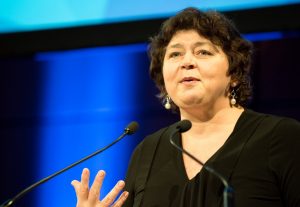 The delegates were then engaged by the screening of India’s Daughter which is an Award winning documentary based on the 2012 Delhi gang rape murder of Jyoti Singh, a 23 year old woman. Although the content was horrifying and raw it inspired those present to ask for a solution and they were offered insight into the documentary by its director Leslee Udwin as well as a remarkable outcome that provides significant hope – the emergence of the syllabus for children – Think Equal (http://www.thinkequal.com/).

Delegates were lucky enough to hear from Meryl Streep who provided her views on India’s Daughter – “The way we’re currently educating our kids globally is wildly uneven. Something like 60 million girls don’t get any education at all…we’re all in this boat together, and it’s a fragile ship…and we really need consensus and mutual understanding to make it.” (http://wcflcr2017.com/indias-daughter/). 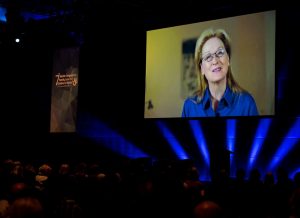 After the screening of the film, Leslee Udwin engaged in a Q & A with the audience about the film and Think Equal’s solution to the cultural and gender based sources of the violence against women and girls. 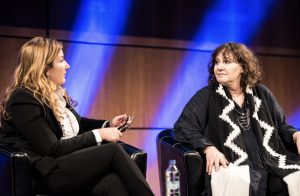 Delegates of the World Congress were also treated to a wonderful evening at the Guinness Factory for the closing cocktail party. Delegates enjoyed a tour of the process of creating Guinness and some traditional Irish dancing.  The evening was also attended by the Judicial officers from various countries including Australia, Singapore, Fiji, Canada and other nations.

Sally Nicholes chaired the closing address to the delegates which looked at the World Congress’s achievements. The Honourable Alistair Nicholson AO RFD QC, Chair of Children’s Rights International spoke about the work that is being done in setting up a juvenile justice system in Cambodia. HE Chan Sotheavy from Cambodia also discussed the successes of the juvenile justice system being set up in Cambodia.

Nicholes Family Lawyers and the AFCC Australian Chapter sponsored the last event for the week held at the Dublin Law Society. This was a great evening and Sally Nicholes announced that the Alannah and Madeleine Foundation and the AFP will now work together in combatting online child exploitation.

Sally Nicholes also announced a new program that will see rugby players who commit domestic violence disciplined by their clubs rolled out worldwide. There will also be training supplied for clubs. Delegates were lucky to hear from Brett Gosper, Chief Executive of World Rugby who endorsed the “Quilt programme” being piloted in Victoria which aims to tackle gender-based discrimination and violence (https://www.irishtimes.com/news/crime-and-law/rugby-players-may-be-disciplined-by-clubs-for-domestic-violence-1.3111309). 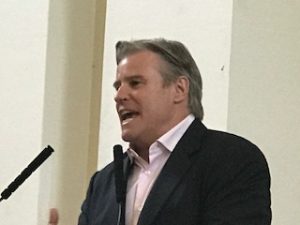 We were so proud to be a part of the World Congress and look forward to progressing projects at the next Congress in Singapore 2020 which will better the position of children women and families. 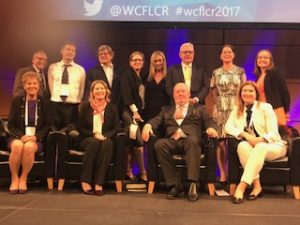