Home / Our Blog / NFL at Midsumma

The NFL team had a great day manning a stall and talking to the LGBTIQ community about Family Law issues facing members of the community. Our team also enjoyed the opportunity to mingle and immerse ourselves in Melbourne’s LGBTIQ culture.

NFL prides itself on its specialist knowledge of all areas of Family Law that impact on the LGBTIQ community including; Surrogacy, Donor Agreements and Special Medical Procedures for intersex children and children with Gender Dysphoria. NFL is also dedicated to the promotion of equality under the law for all members of the LGBTIQ community and actively supports the Australian Equality Party who was also present at the Carnival. 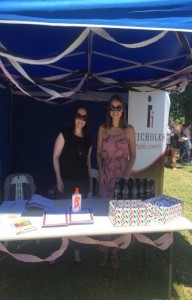